Guru Maharaj solved many issues like Delay in MARRIAGE, JOB, CHILD BIRTH, BUSINESS, DEPT, COURT CASE, FILM INDUSTRY AND POLITICS. Guru Maharaj’s Great Grandfather SARDAR VEDHARATHINAM PILLAI (MATERNAL) (25 December 1897-24 August1961) was an Indian freedom-fighter, a leader of the Indian National Congress and a famous philanthropist who served as a MLA for threeterms over a period of 14 years. He is known for his heroic contributions in the SALT MARCH of vedaranyam in 1930, alongside C.Rajagopalachari. In the year 1931 Vedaratnam was conferred with the title of ‘SARDAR’ at the meeting of the Tamil Nadu Agriculturists and Laborers at Tirunelveli, for his exploits in the Vedaranyam SALT MARCH. He was multi-lingual and patronized many native arts. In the year 1997, the government of India honoured this leader by releasing a Postal Stamp in Commemoration of his centenary celebration.

Guru Maharaj’s Grandfather MEIKANDA DEVA PILLAI (MATERNAL) was worked as a BDO, after his retirement he worked as a secretary in SRI KUMARA GURUPARA SWAMIGAL ARTS COLLEGE, at SRIVAIKUNDAM AND MANY COLLEGES at THIRUPANANDAL for more than three years, and he was offered as SEER(GURU MAHA SANNITHANAM) at THIRUPANANTHAL ATHEENAM. Due to family pressure and burder, he could not take up the post,contented to be the manager of that organization till demise. Dr.V.NATARAJAN Ph.D is father of Guru Maharaj. Guru Maharaj’s father NATARAJAN worked as a Registrar in RAJIV GANDHI UNIVERSITY and Retired. Guru Maharaj’s father was a noted Psychologist and given counseling till date to the depressed to overcome. He is world renowned Psychologist and recipient of Dr.RADHA KRISHNAN AWARD. In MADRAS UNIVERSITY he made M.A Psycology as M.Sc Psycology. Guru Maharaj Prof.Dr.AMMAN ARUL N.PAZHANI NATHAAN’S prediction about 2011 TAMILNADU ELECTION Guru Maharaj told AIADMK would win a THUMBING MAJORITY that happened. And it was telecasted in JAYAPLUS TV. Guru Maharaj Prof. Dr. AMMAN ARUL N.PAZHANI NATHAAN’S Prediction about 2014 PARLIAMENTARY ELECTION in TAMILNADU.

Guru Maharaj is the only person through scientific astrology predicted HONORABLE CHIEF MINISTER SELVI.J.JAYALALITHAJI will get 35 seats in MP Election which was also mocked by all and this too was telecasted in DHEERAN TV LIVE. Guru Maharaj Prof. Dr. AMMAN ARUL N.PAZHANI NATHAAN’S Prediction about 2014 PARLIMENTARY ELECTION. Guru Maharaj analyzed P.M . Candidate Mr.NARENDRA MODIJI’S Horoscope and Mr.RAHUL’S Horoscoipe even through both have a same SIGN (VIRUCHIGAM) but stars are different by his scientific and logical measurement, Guru Maharaj clearly indicated Mr.NARENDRA MODI’S wave spreads country wide and BJP will come up with clear majority, which so many political experts opposed, and it was telecasted in DHEERAN TV Live. 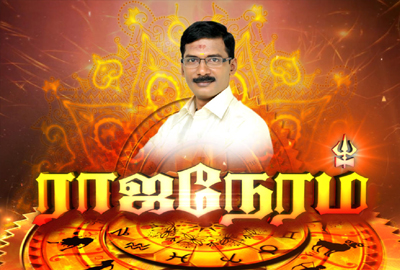